Being able to communicate with customers and stakeholders all around the world in multiple languages is vital for business growth and success. But while global capabilities bring greater potential for sales, talent, and resources, it also presents new challenges.

One such challenge is ensuring your systems function effectively and efficiently across geographical borders. In particular, multinational or dispersed teams may have issues with the variety of languages being used by employees/team members.

Translate Field Options for Jira allows Admins to easily configure their Jira so that field options are now translatable to match the rest of your Jira instance. This allows users to utilise Jira as it was intended rather than have to guess what certain sections of text mean.

A flaw in Jira’s translation capability

Jira (Server / Data center) is designed to facilitate teamwork and help teams to plan, track and complete their projects. But even the best tools won’t be effective if users are unable to understand each other or the text in their Jira instance. In the worst case, this can lead to crucial mistakes with knock-on negative consequences.

Out of the box you can change Jira languages. However, there are a few gaps left untranslated making these aspects of Jira potentially unusable if you do not understand the second language.

For example, the field options a user is presented with when selecting an option in Jira issues.

An example of this problem

The ‘Red’, ‘Orange’ ‘Green’ radio buttons shown below in the Jira custom field are being used to indicate the ‘Status’ of this issue. When used in the original Jira language (English) these options are aligned with the rest of Jira and perfectly understandable. 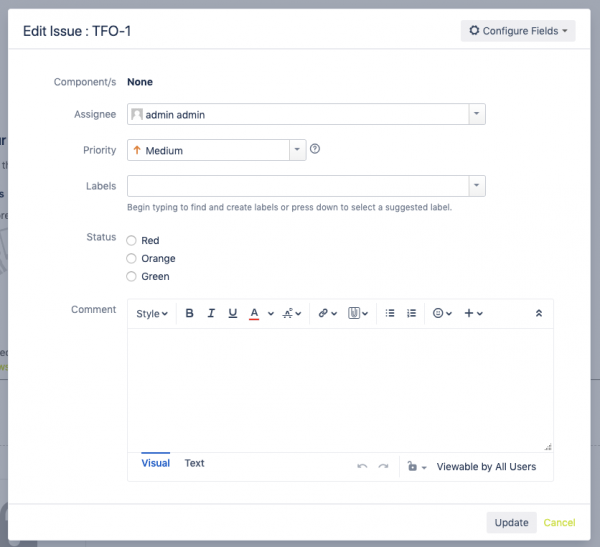 But, when we translate Jira into another language (such as French), we can see that these options are still in English and have not been translated (shown in the red box). 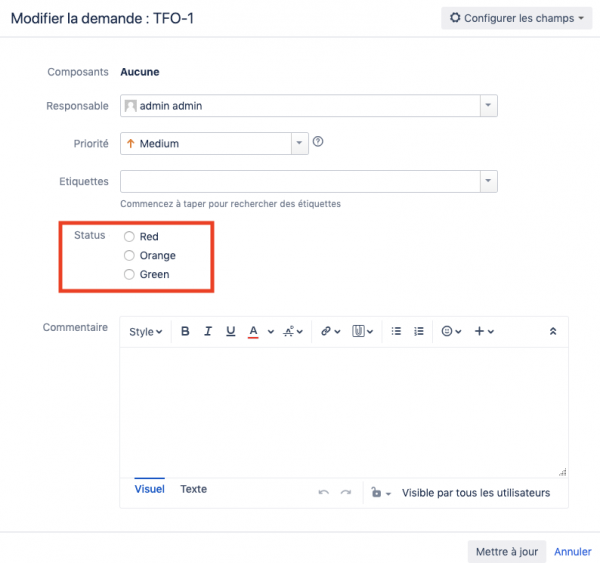 If a non-English speaker was presented with these options, they would struggle to make an accurate selection for the issue’s status.

This could cause a high priority or critical issue to be given the incorrect status because the user could not understand the options, and therefore not given the urgent attention it needs.

Solve this challenge with Translate Field Options for Jira

Admins can configure the translated versions of their field options into multiple languages at once. Here we can see the screen that allows Admins to configure this. 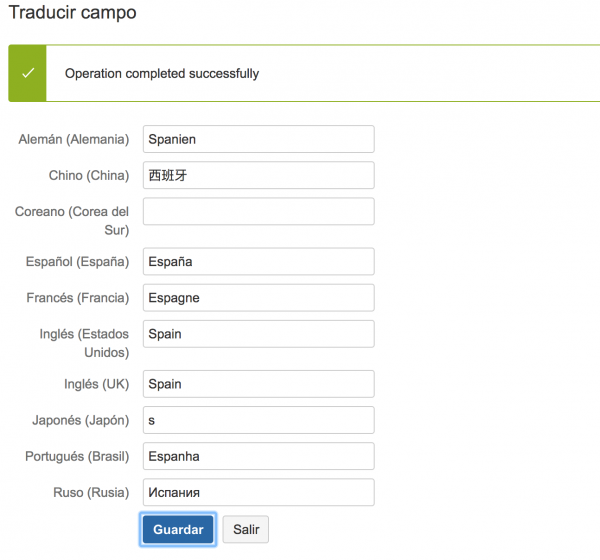 When set up, all Jira users will see the correctly translated field options on their instance regardless of what language they have selected (from those that were previously configured using TFO).

In this example, we can see that our Jira instance has been configured to display in French. The red box surrounding the ‘Status’ custom field is displaying the field options in English.

We can also see a second, duplicated, custom field for ‘Status’, but this time it was configured using Translate Field Options for Jira’s translatable custom field. 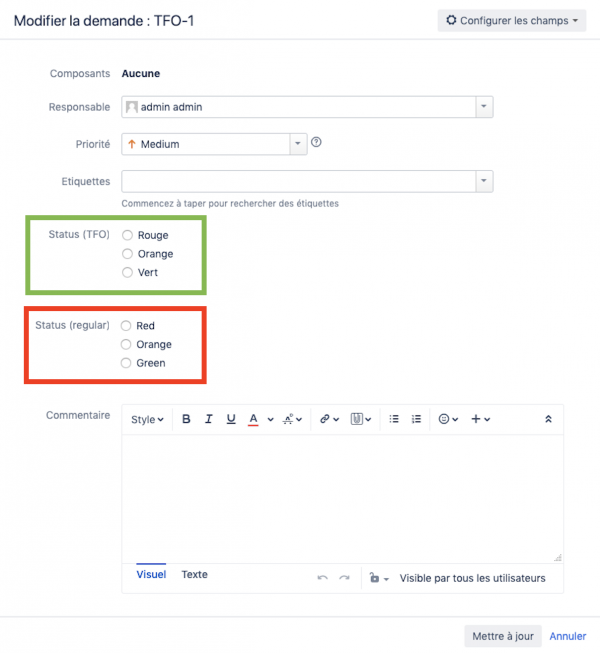 TFO does not only solve this issue for everyday usage, it can also help organisations become compliant with national language policies/laws. For example  the Canadian Official Languages Act, which requires all federal organisations to provide services in both French and English. Using TFO, Jira Admins in Canada can help ensure their system is legally compliant.

If you haven’t tried using Translate Field Options for Jira yet, get a 30-day FREE trial here: