In our last installment, we talked about how modern-day organisational thinking developed, and some of the tenents of our personal mindsets needing to change in order to adapt to the fast-paced world around us. We're no longer in a zero-sum game, and our adaptable nature can empower us to let go of our egos and embrace meaningful collaboration to bring about change.

Though there is a large personal effort involved in adopting an agile mindset, we're only partly responsible. Working in an environment where the structures suppressing collaboration are removed and a growth-centered culture can emerge is tremendously influential to our journey. Creating this environment is the responsibility of our leadership.

The urgency to innovate

C-level leaders recognise that with monolithic power players in nearly every market, there's a fundamental need for massive change, not just incremental improvement anymore. We need to be able to shift the entire business model! Such a radical shift is dependant on innovation. And this can only emerge when large parts of an organisation are collaborating. 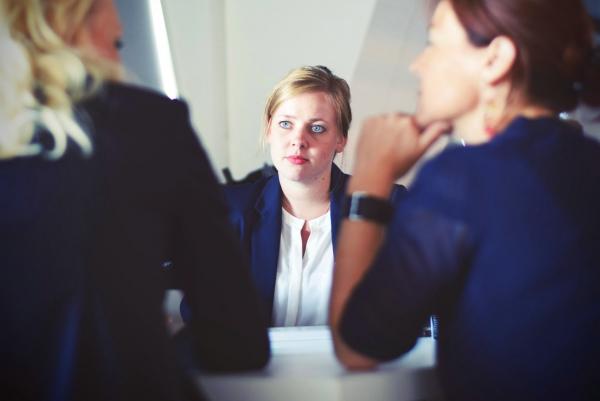 Scaled collaboration is a prerequisite for innovation, and it requires the kind of leadership that can change its view of what the organisation is and how it functions.

The new price of failure

CEOs at large have got a bad rap from some negative stories in the past few years, but there are far more hard-working and decent people in leadership than there are those who would defraud their colleagues and investors. In fact, the assumption that the big boss is always a money-grabbing jerk puts people into the false dichotomy of "us vs. them", which is hardly useful to anyone. We'll return to this concept (and its dismantling) in a future article in this series but for now, the fact of the matter is that these are people, and they want to lead their businesses to great success. They're under pressure from competitors, shareholders, and even their direct reports to unlock the collaboration that will uncover innovation. The entire business is at stake; it doesn't matter if your company has been around for over a century. You can die a dinosaur or learn how to evolve.

The price of failure for a CEO has changed. There was a time when a few seasons of low performing shares would still net the CEO their salary, bonus, and a move to a new role. The status quo was easy to maintain. This is no longer the case, as stiff competition from giant companies like Amazon now drives a poor performing business into bankruptcy and dissolution. There's now an atmosphere where these incidents are not so easy to explain away, and if you're ousted you might not recover.

So how does a person with the power that comes along with a C-level position foster an environment where collaboration can flourish and innovation can emerge?

A different take on work

Allow us to present a thought exercise: You're a talented individual (obviously) who's just graduated from university. You're about to enter the world of work in earnest. Would you rather work for a company with a reputation for treating people like widgets and cycling through them after they've burnt out, or one where there's an atmosphere of electricity, collaboration, and innovation, where the next big thing is bound to come from?

We know what our answer would be. 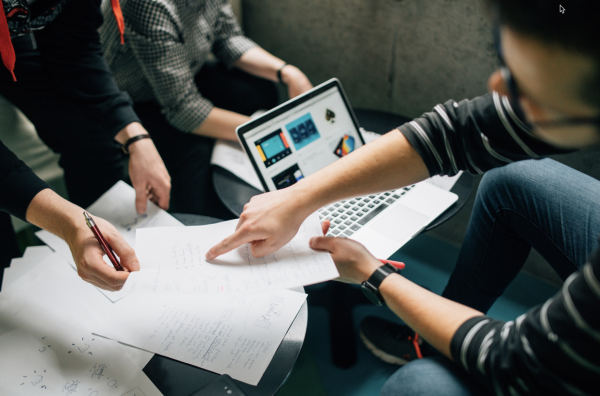 Company history and reputation can't get people engaged in their work and keep turnover low. People are waking up to the fact that in a knowledge and attention economy, they're not interchangeable units of labor. A wise leader would recognise this momentum and roll with the tide.

This requires accepting the fact that our relationship with power has to change. Leaders have to consider not how to force people to work together, but how to remove the constraints that keep people from collaborating.

Management fractals vs. the organisational gradient

It is imperative that the "C" level team in any organisation works at a very operational level. The CEO has a legitimate need for control and authority amongst their direct reports and can't quite simply "let go" in the way that a team lead might. However, the management practices that keep the C-suite in tune are anathema to an open, collaborative company. How do we reconcile this apparent contradiction?

First, we recognise that the power held by the CEO is legitimate and vital. But to successfully uncover the innovation that is brewing quietly amongst our workforce, the controls held at the top cannot be applied with the same discipline throughout the remainder of the organisation.

We encounter a significant challenge here. Why? Because people tend to emulate their own manager's style. It starts at the top and spirals down like a fractal, infinitely repeating.

We envision and advocate for shifting to a model where the difference between the complicated and intense world of the CEO has gradually blended into the complex (and no less intense) world of the employees who interface with the market itself. An "organisational gradient", as it were.

Getting to this gradient requires that we acknowledge the informal, social aspects of our internal network and give them as much room to breathe as we can. It's in those informal structures that the sparks of innovation are lit. We've watched how a bureaucratic and operational culture can reject the organic collaboration that occurs in the informal networks. The formal can adjust to recognise this value, or it can snuff it out with policies and politics. 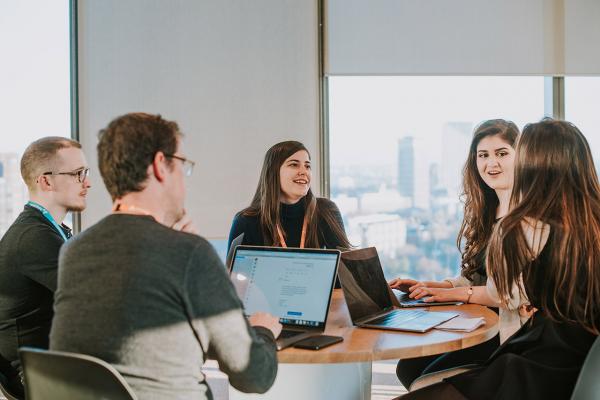 As leaders, it's up to us to dispel the idea that it's us vs. them, recognise the value of the informal structures in our organisation, and merge the operational culture into the informal one to remove the barriers keeping people from collaborating in order to uncover powerful innovation, and with it, scale to new heights.

Changing the mindset of the individuals that make up your teams is a powerful first step in delivering greater value to your customers.

Take the first step on your journey towards meaningful transformation today.

About the authors: John Turley is a pragmatic leader with 25 years’ experience working in companies at all levels, from teams to c-suite, bringing concrete, value-adding change to the way organisations really work. Dissatisfied with the standard discourse around transformation and agility he is passionate about applying cutting-edge knowledge from fields as diverse as complexity, sociology and psychology in practical, proven ways that immediately increase productivity at the same time as embedding continuous learning in ways of working.

Sharing a story with an audience has always been Ryan Spilken's passion. Throughout his time as Technical Trainer, Senior Account Manager, and now as an Evangelist, he's told and continues to tell stories that inform, inspire, and encourage. Well-versed in creativity and communication, Ryan brings an inimitable style to his efforts in sharing the good word of automation and pragmatic efficiency to enterprises both large and small. He helps companies adapt, transform, and thrive.

Use OKRs to focus your agile product roadmap