This year’s sessions were split across 10 stages and was bursting with talks on topics ranging from ethics, health, work & education, decentralisation, and Web 3.0. Over the course of the three day festival we attended a range of discussions which has given us a lot of insight into some of the most exciting AI trends. Here are just some of my key takeaways:

Data is sugar, property, currency, and everything in between

It turns out we have as many metaphors for data as we have actual data...and no one really knows what to do with either. At the moment, it’s mainly being used as a currency in a marketing-based economy. Whilst there’s a lot of ideas of what it could and couldn’t be used for, there’s a general consensus that the way it’s currently being used isn’t good enough.

Another big data theme is who it actually belongs to. A lot has been said lately about data privacy and there was definitely a fair amount of shade thrown at facebook during the event, there wasn’t much consensus on how we should instead be handling personal data.

For example, one session suggested that data should be considered personal property stored in a cloud-based module that could be loaned to websites/apps/providers via an API/plugin for better personalisation/service, or even sold to providers. To me, this seemed a lot like reclaiming our data from a couple of big corporations, namely facebook and google, only to give it all to one smaller business.

One thing everyone did agree on though, is that the question of who should own/store our data - ourselves, corporations, the state, no one - is only going to become more urgent as AI become a bigger part of our lives.

Decentralisation, the process of transferring authority from one central power to many smaller, dispersed powers, was talked about as much as data. In fact, it was often discussed as a solution to the data problem, although nothing practical was offered as to how this would work, apart from a few comments from Estonia’s National Digital Advisor, Marten Kaevats, about decentralized citizenship.

A much more interesting conversation theme that emerged was using Web 3.0 software to dencratalise organisational structures from corporations to governments. Three DAO companies, Colony, DAoStack and Gnosis, as well as an independent DAO researcher, discussed how they’ve been using their software to distribute project decisions and labour in different, hierarchy-free structures. Some use well established methods like up/downvoting, while others use tokens. But all stressed that this method of working could be hugely beneficial to companies as the pace of change and need to be agile continues to increase. 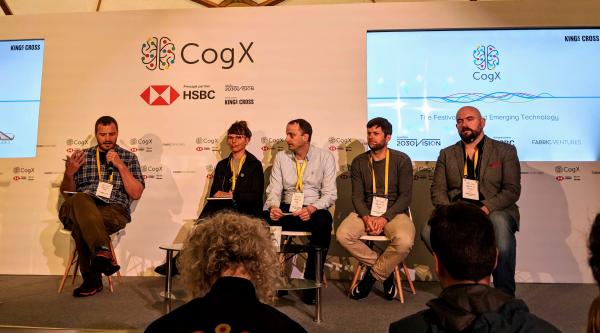 Farming is the final frontier

Whilst a lot of us are completely disconnected from where our food comes from, discussions about food production and distribution are going to become more frequent and much more urgent as the effects of the climate crisis take hold.

Multiple talks discussed the numerous ways that AI can help meet the global demand for food whilst mitigating some of the most damaging aspects of current agricultural practices. Some suggested uses for the current available/soon to be available tech include;

Cost was cited as the current biggest barrier to mass adoption within the UK, but having grown up in a rural farming community, I think culture might be an even bigger blocker. I doubt many farmers are going to be pleased about some city-slicker turning up and telling them how to look after their land. Despite this, AI for food production struck me as the most important use of the emerging technology showcased at CogX. 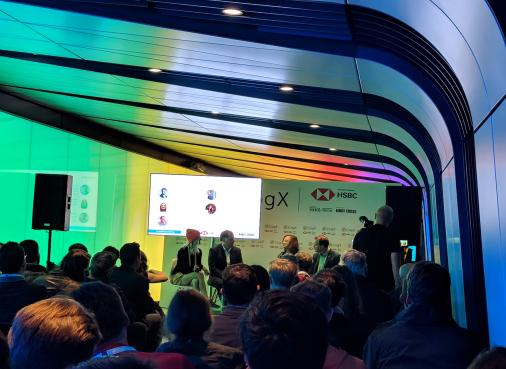 A few other topics of interest included data and machine learning, the future of work and skills, and defensive development and building for good. We’ll be exploring more of these topics in detail over the next few months so be sure to watch this space and stay up to date with us via our social media channels.

Did you attend CogX19? Tweet us your thoughts on the event at @Adaptavist