SAP Fieldglass needed a one-stop automation solution to accelerate innovation and support the growth of their business. 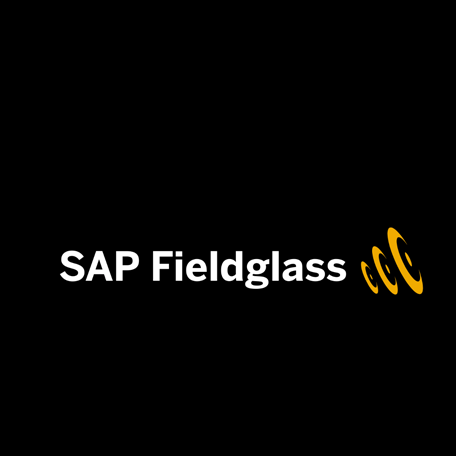 Requirements at a glance

Results at a glance

Deployed in over 180 countries across multiple sectors including pharma, technology and finance, SAP Fieldglass’ vendor management system helps businesses transform how work gets done. While the company operates independently, it is backed by the power and resources of SAP, enabling its customers to benefit from strong investment in R&D and innovation.

With over 1,000 employees, maximising team productivity through cross-functional communication is a top priority for SAP Fieldglass.  Before discovering the benefits of ScriptRunner, it was a challenge to find the right information when they needed it.  They had a labyrinth of different communication tools in place, none of which provided a transparent, accurate or real-time view of their business, critical for intelligent decision-making.

The speed to succeed Reflecting on the performance of the tools they were using at the time, Krishnanand Nayak, QA Lead at SAP Fieldglass shared “you can feel the power, but you cannot feel the speed”. With no central repository to store and access critical data, it was scattered across multiple systems and applications, making real-time analysis, reporting and decision-making a challenge.  It was clear that having a more unified and integrated automation solution would be critical for the next phase of their rapid growth.

Automation is a driving force for growth and innovation at SAP Fieldglass. During their evaluation of the best automation tools available, ScriptRunner kept popping up again and again as the go-to solution of choice. To make sure they were on the right track, they sought advice from the wider Atlassian ecosystem, industry experts and peers. And when they discovered that it also supported Groovy (Java programming language), they knew it would be the game-changer they needed.

Getting everyone onboard and up to speed quickly with ScriptRunner was vital to ensure a smooth transition. Seeking guidance from Adaptavist on best practice approaches, leveraging the solution’s comprehensive documentation, and leveraging tips from the expert community ensured a successful rollout.

"Adaptavist have a team of respected experts who can help get the most out of your investment in ScriptRunner. It’s great to be able to tap into their vast knowledge and expertise when you need it."

Adaptavist, established in 2005, is a London-headquartered IT services company providing premium professional services, support, hosting and licenced products to a wide range of national and international clients including over half of the Fortune 500 companies. Adaptavist, an ‘Atlassian Platinum and Enterprise Partner’, is widely recognised as the most technically advanced Enterprise Partner in the Atlassian ecosystem.

“Time” is what Krishnanand noted as the more significant value ScriptRunner has given the team. By using ScriptRunner to supercharge their automation efforts, they have been able to reduce their manual footprint significantly and focus on achieving higher-value goals as a business.

Automating critical tasks with ScriptRunner has enabled them to perform multiple steps at once, resulting in improved efficiency and a reduction in operational costs. Although their data on cost and time savings is still nascent, SAP Fieldglass has been receiving excellent feedback from their users and believe ScriptRunner is already delivering beyond their expectations.

SAP Fieldglass has been immersed in the Atlassian ecosystem for many years, incorporating Jira, Confluence, Bitbucket, and Bamboo into their daily working lives. Before using ScriptRunner, automation was not possible for them. Being able to write their own scripts, set up recurring tasks and have time to focus on higher value activities was critical for their continued growth.

At first, “it took around four weeks to build and automate our scripts using ScriptRunner, but now for any new project it takes on average 2-3 days at most”. SAP Fieldglass now uses the script feature extensively, having around 150 scripts in operation. As their use of ScriptRunner has deepened and evolved, so has their knowledge and expertise.

Seamless integration is at the core of ScriptRunner, SAP Fieldglass found this feature critical in ensuring they could integrate between Confluence and Jira with ease, “we can get the data in Jira as you would want it on a non-technical Confluence page.” Krishnanand Nayak particularly likes the integration with IntelliJ as it enables users to write better scripts, faster.

With automation on the rise at SAP Fieldglass, it is freeing up time for the team to get creative, innovate and test out new ideas. Currently, SAP Fieldglass is in the conceptual stages of moving to a Data Center model, and with ScriptRunner in place, they can now rapidly spin up testing environments to check and improve the development processes, feature releases, and defects.

Achieving ultimate flexibility with ScriptRunner means continuous innovation is now possible “by using REST Endpoints we can open the door to let other systems interact with Jira and find ways to manipulate the way data comes into Jira to suit our needs.”

A partnership for success

With the benefit of hindsight would SAP Fieldglass change anything? On reflection Krishnanand Nayak recommends “investing in a training programme to onboard teams and get them up to speed quickly, to make sure you get the most out of your investment in ScriptRunner.” Working closely together [Adaptavist and SAP] has enabled everyone to get up and running fast and maximise the benefits and capabilities that ScriptRunner offers.