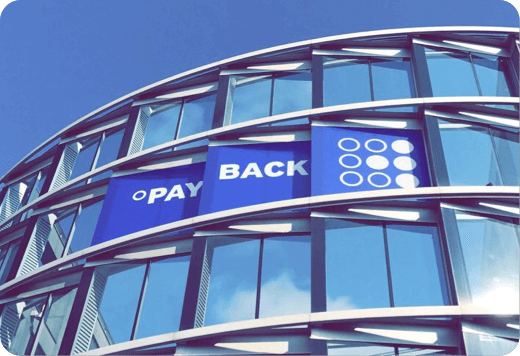 PAYBACK's success stems from giving its teams the flexibility and freedom to innovate. As their use of Atlassian tools scales, they need to ensure teams can stay nimble and innovate flexibly.

"When a user asks me ‘can we do this?’ I no longer say ‘let me see if I can find an app on the Marketplace’. The answer is always ‘Yes’! If you know Groovy, there are literally no limits to what you can do."

PAYBACK’s Atlassian tools are managed by their Collaboration Management team consisting of 3 members, of which 2 working part-time. PAYBACK’s rapid growth and the highly-regulated environment in which it operates started to create a continuous flow of requirements which needed to be managed. Having limited capacity to manage this process was starting to cause a delivery bottleneck.

In order to balance between flexibility and control, the team decided to move away from a strict central management of projects and spaces and delegate ownership to business stakeholders - called ‘context owners’ within PAYBACK. The context owner of each team or project gathers the needs of their colleagues, and presents them to the Collaboration Management team, who prioritizes and takes action considering the wider needs for coordination within the business.

To implement the wide variety of customisations, automations, and integrations required by context owners, the team had to rely on a large number of apps from the Atlassian Marketplace. And, where apps were not available for a particular use case, they would have to create and maintain their own apps using Atlassian’s Java APIs.

Since PAYBACK operates in a tightly-regulated, heavily audited environment, adding new apps requires a lengthy and complex approval process which makes it difficult to implement these solutions in production.

The team’s ability to address these larger challenges was further hindered by daily maintenance and admin work across Jira, Confluence and Bitbucket, which is tedious and repetitive but absolutely necessary for system health. The team needed to prioritise the maintenance of existing systems over implementation of new features, limiting its ability to address its core issues.

The team started looking for solutions that would allow them to cater to all their user’s needs in a timely manner.

The ScriptRunner apps easily cover the functionality of many other apps in the Atlassian Marketplace. They also allow the team to create an unlimited number of custom automations, customisations or integrations without the hassle of writing their own apps. Additionally, using a single app to address a multitude of different issues dramatically simplified the implementation and approval processes.

"We decided to replace every process we could using ScriptRunner, as it enables us to have one layer where we can perform all changes. It's a more cost-effective solution and we're able to depend on a trustworthy company - quality and stability matter a lot to PAYBACK."

Lennart v. Niebelschütz
Specialist for Automation & Collaboration Management at PAYBACK
Using the ScriptRunner products, Lennart and his team also automated most of the day-to-day maintenance across Jira, Confluence, and Bitbucket, cutting hours of routine work each week.
Try ScriptRunner apps free for 30 days

‘When a user asks me ‘can we do this?’ I no longer say ‘let me see if I can find an app on the Marketplace’. The answer is always ‘Yes’! If you know Groovy, there are literally no limits to what you can do.’ says Lennart. Here are some of the ways PAYBACK use ScriptRunner to automate and streamline their Atlassian stack:

"We don’t repeat manual tasks anymore. We didn’t understand this was possible until ScriptRunner. Now, we look at a task in our Atlassian stack, and if it can be automated it will be. It saves my colleagues time, and the company wins big time."

Beyond the endless flexibility offered by ScriptRunner, the biggest win for PAYBACK is the time saved across the entire organisation. The Collaboration Management team started by automating most of their day-to-day maintenance work before automating the most manual and repetitive tasks to free up the team’s time to work on other higher-value projects.

The time freed up from maintenance drudgery is now used by Lennart and his team to strategize about how to use the Atlassian toolstack in a more efficient way for their business. Users come to Lennart’s team with a business case, and they can create the automation or customisation that solves it. Each use case becomes an opportunity to build something that solves not only one, but several related problems in one hit.

"Once processes are fast and easy for the daily business, people learn to love them, and actually really live them." says Lennart.

Customise, automate and extend your Atlassian Stack with the ScriptRunner apps. Try them free for 30 days!

Want to talk to us about this?