Today we are delighted to announce a new version of Project Configurator (PC 3.0) that contains a significant range of technical and UI/UX improvements to help make your Jira project migrations and configuration changes easier than ever.

For users interested in a performing a complete project migration using PC 3.0, then check out our detailed ‘How To Guide’.

Gone are the days of you having to strain your eyes through pages of code looking for what you want, now you can easily see what changes will be made during the migration.

This is the most visually obvious change we’ve made. Following feedback from our community, we have implemented a new colour coded format that is significantly easier to understand and more actionable than import reports from previous versions of PC. 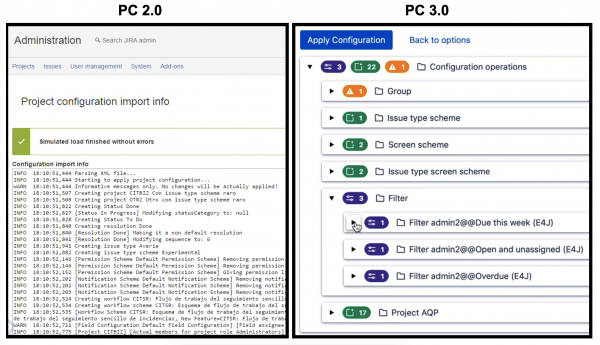 The import report’s colour coding corresponds to the ‘Tree Legend’ shown below, making it simple to identify import outcomes and changes at a glance. 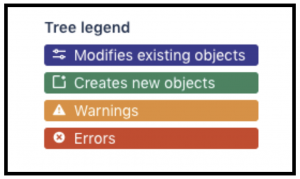 In addition to these frontend changes, several significant functionality improvements have been implemented in the backend. Three of the key updates are:

Import simulations have been revamped, allowing you to simulate your imports in far more detail prior to completing them for real. This will help you catch and resolve more import errors/issues to help ensure that your final import is a success, without encountering unexpected errors.

If you do experience any import errors, these will now no longer interrupt your import. This removes the need to resolve each error before re-running the import, facilitating significantly faster migrations than before. You will however, be notified of any errors so you are able to resolve them at a later date if required. 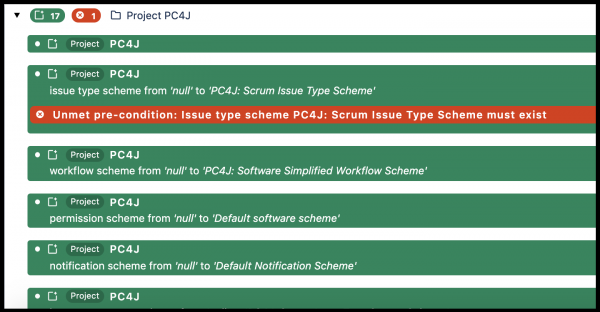 When removing an object from the import, rather than repeating the export phase of a migration, you are now able to deselect import objects directly from within the import user interface. This also speeds up migrations / config changes, and reduces the chance of migration errors.

We hope that with the downloadable project migration guide PDF, and these new PC 3.0 features, you’ll be well on your way to saving yourself significant time and stress when migrating projects and making ongoing configuration changes.

To get started with your own migrations and configuration changes download the latest version of Project Configurator for Jira via the Atlassian Marketplace today.

Easily customise and share your scripts with Dynamic Forms

Use ScriptRunner to fix Jira misconfigurations